Thursday, May 3rd, Calgary Show Services partnered with The Commons to create the scene for the Great White North networking and mixer event — all with an Aurora Borealis theme. 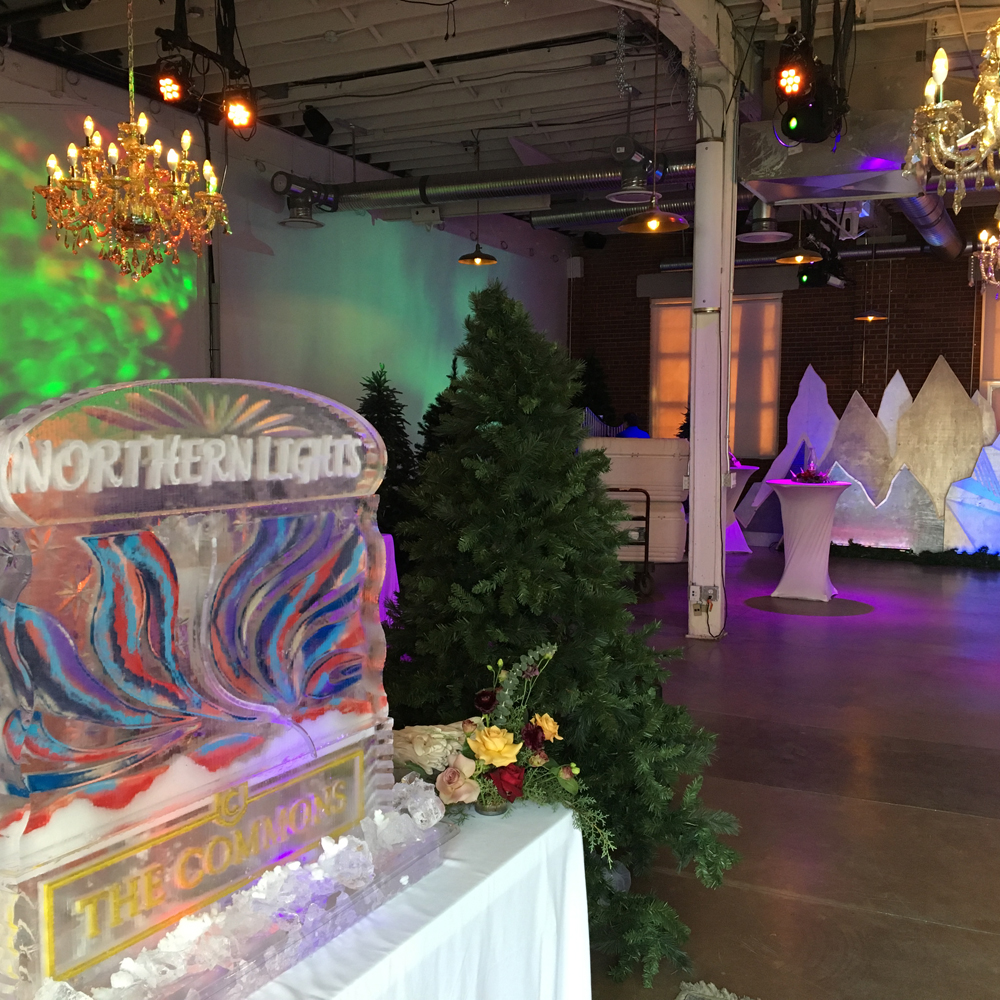 The organizers from The Commons sent us a media kit with a few thematic collages, indicating the colours and atmosphere desired for the event, and we went for it with creative collaboration and artistic zeal. 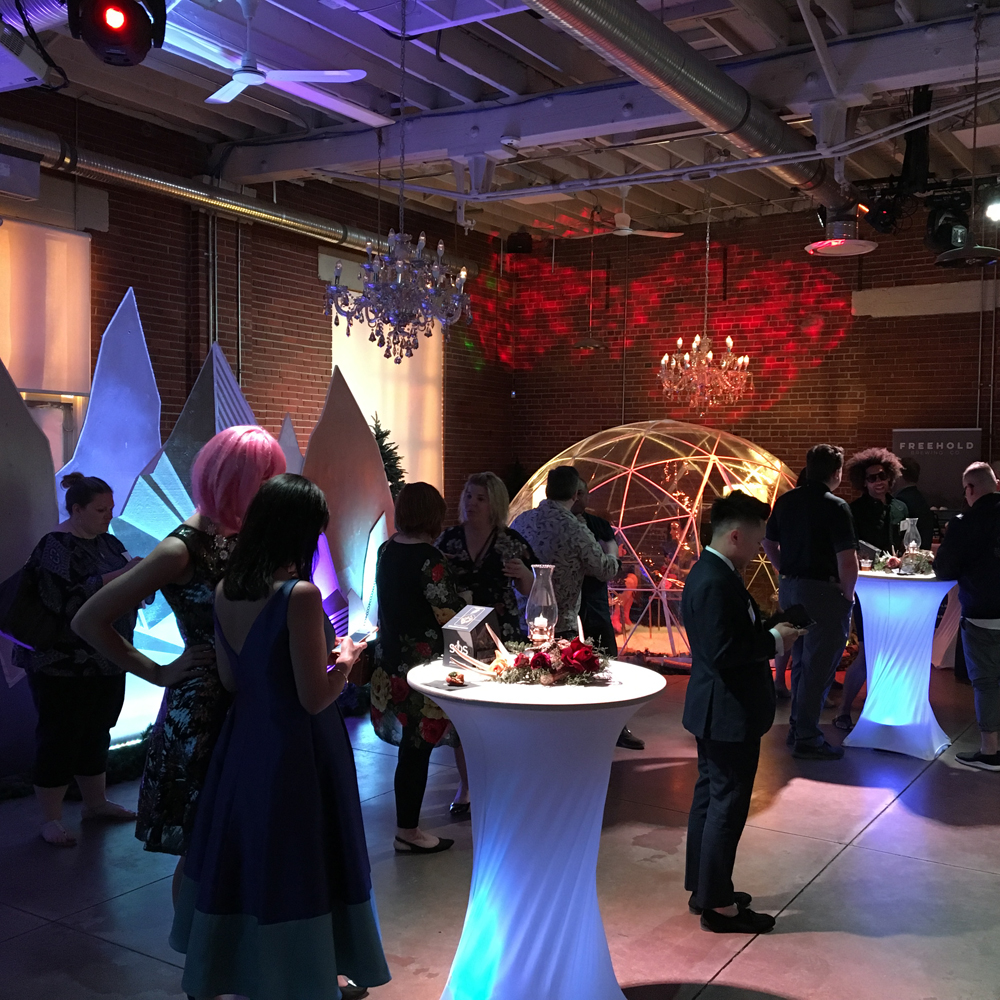 Sound
To ensure the dance floor was kept open, we suspended the speakers from the wooden rafters of the ceiling. It’s important to ensure the weight is displaced evenly, so the speakers remain in place. 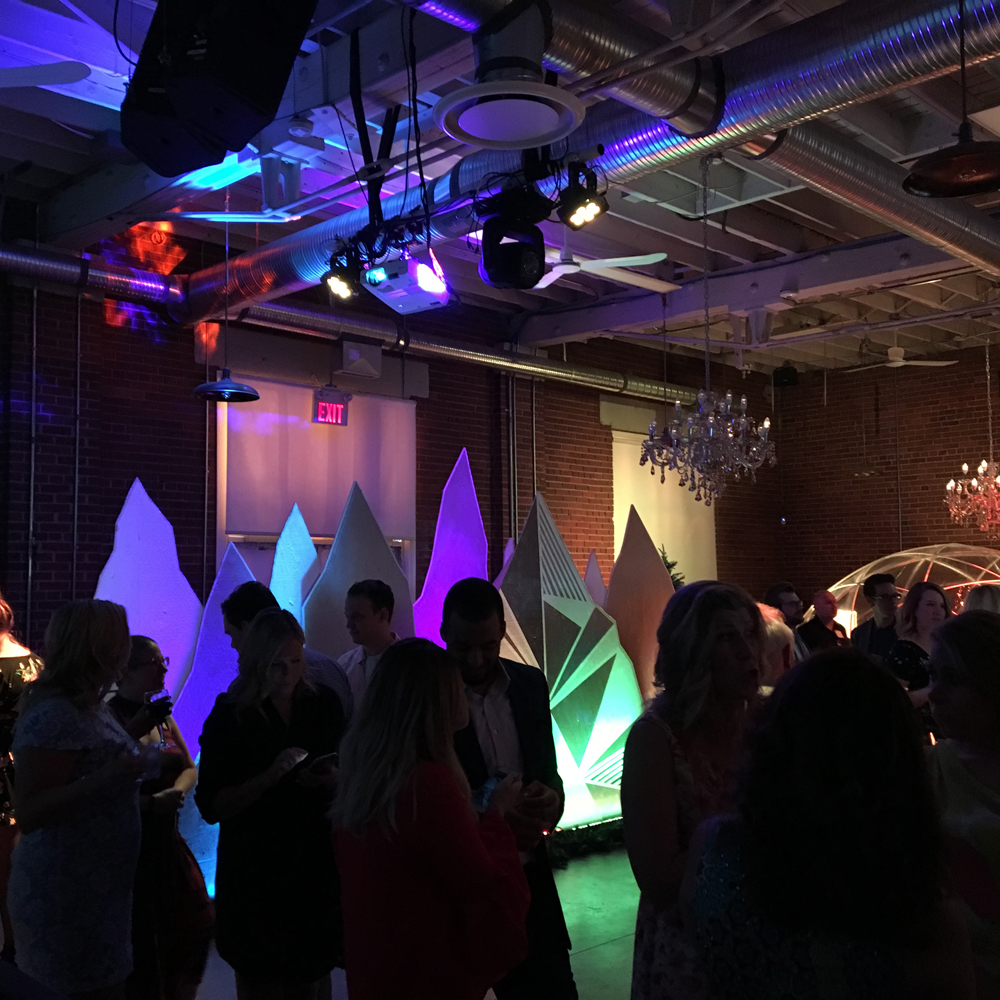 We also brought a subwoofer for the DJ, and turned up the low end a bit. By running the line to the speakers through a crossover, they were able to take the high end, and the sub was able to keep the rhythm pulsing through the dance floor. 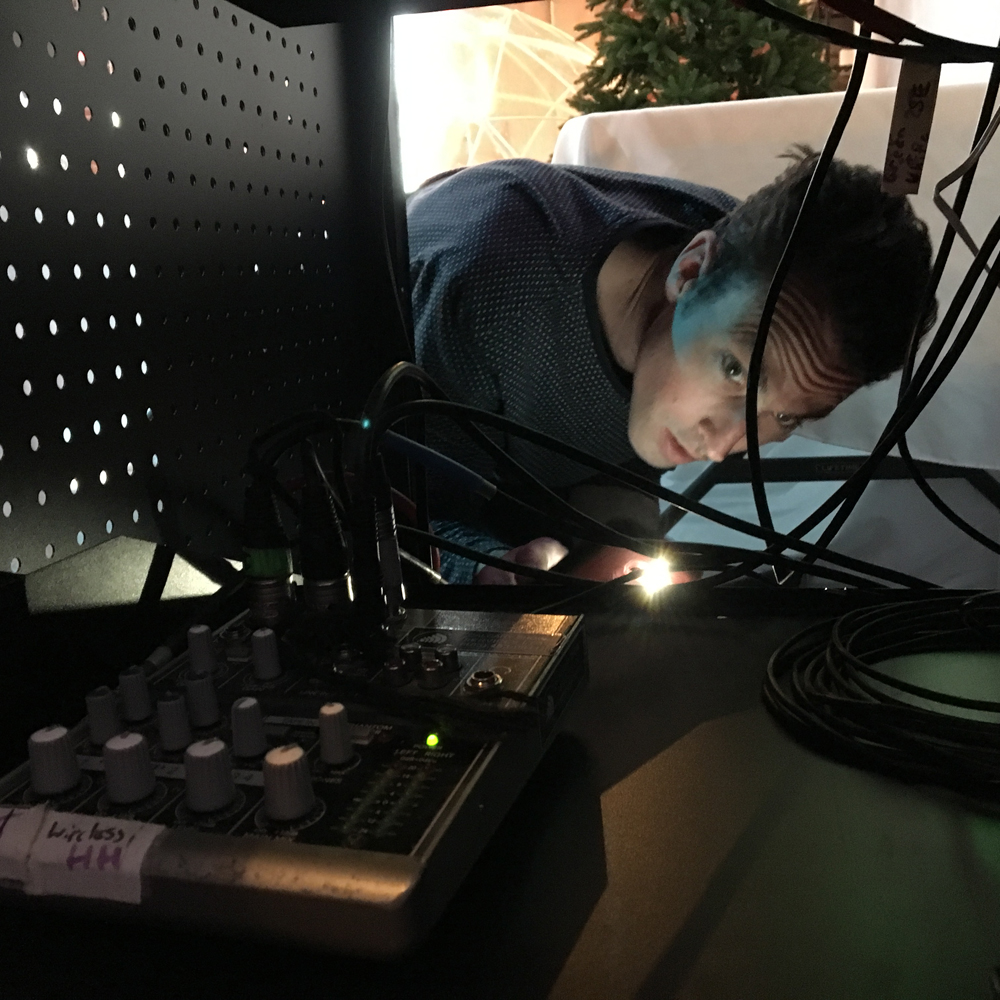 Lighting
The lighting setup was key for keeping the Aurora Borealis theme.

The Commons organizers had a Mountain Structure built for the event, and we providing uplighting through LED bars. We kept the red low as red is often less noticeable in the Northern Lights – because it’s on the lower end of the visible spectrum and closer to infralight – and rotated between colours more generally seen as the sky dances. 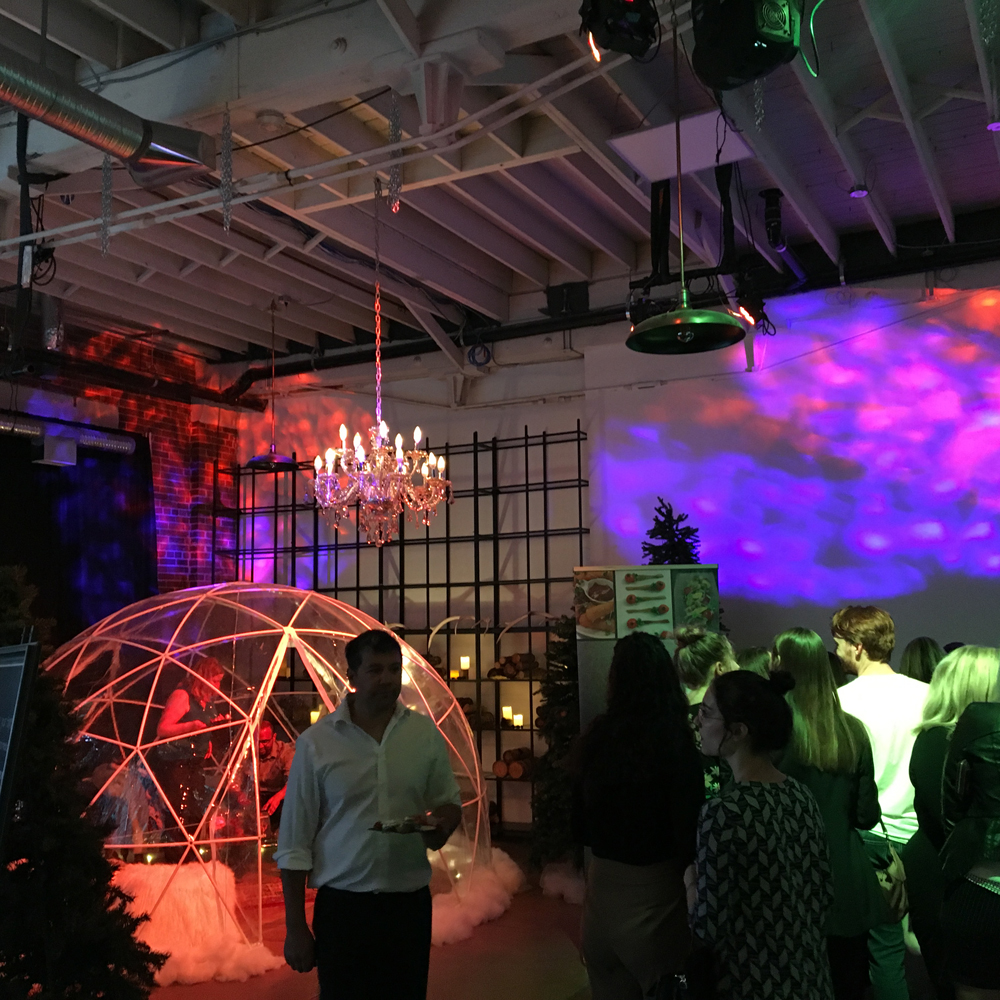 We directed par can lighting onto the three tables, avoiding reds to focus on those more ethereal greens and blues, while casting a slight blue up through the draped tables through par uplighting. 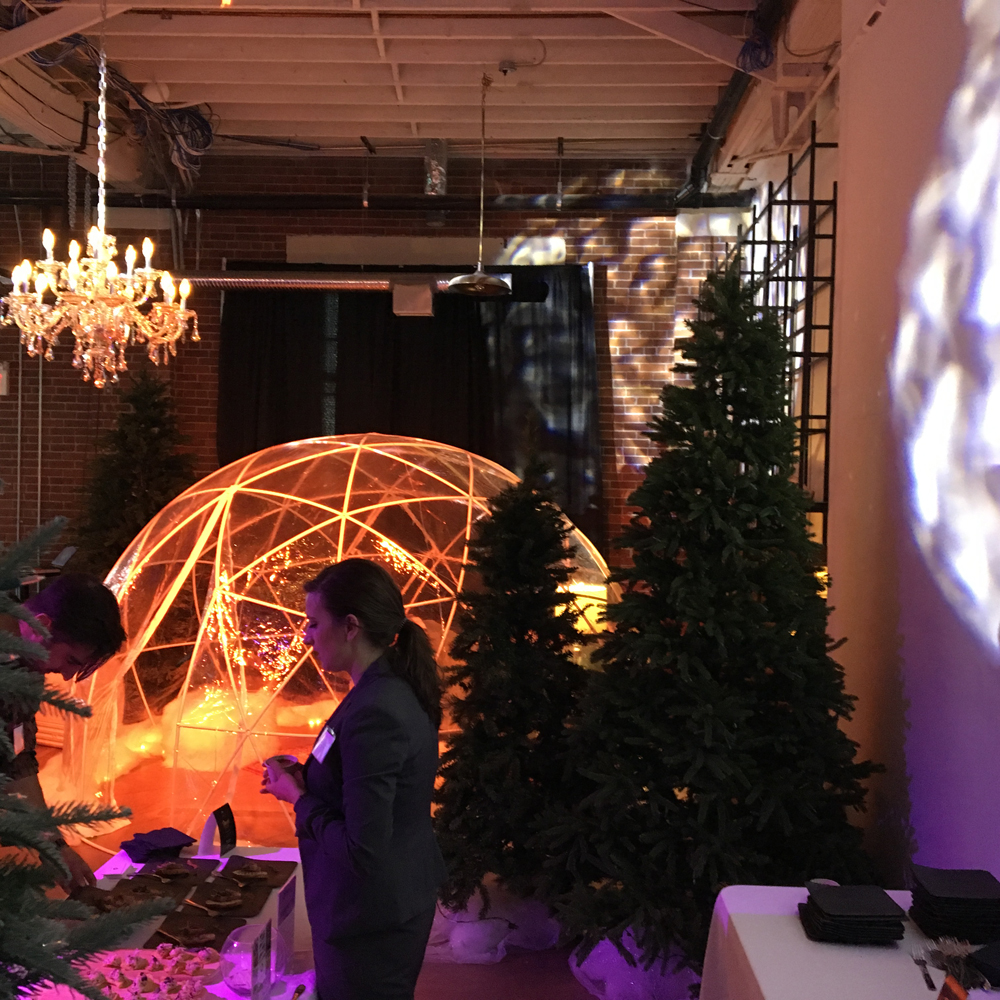 Several other par cans light fixtures kept the igloos aglow, with warm oranges and neutral reds, similar to the light and warmth provided from a qulliq. These provided great meeting spaces for professionals to socialize in during event.

Projection
The Commons kept to the theme with two separate feeds of video sequences of the Aurora Borealis. We ran the projectors from the ceiling, and matched the keystone to the walls and angles to maximize the wall space we were using.

All in all, we were honoured to be a partner in the Great White North event with The Commons, and look forward to dancing under the Aurora again.