Sometimes we find ourselves mixing a tearful wedding speech or behind the console at a church function… and at other times there is this… Taboo the sex show by Canwest at the BMO centre.

Pictured below is Body Heat an all male revue who provided specialized entertainment for the show.

In order to reinfource the events branding and to encourage continuity between the main stage and the rest of the show we presented sponsor images, entertainment information, and titillating clips on two eight by six projector screens. 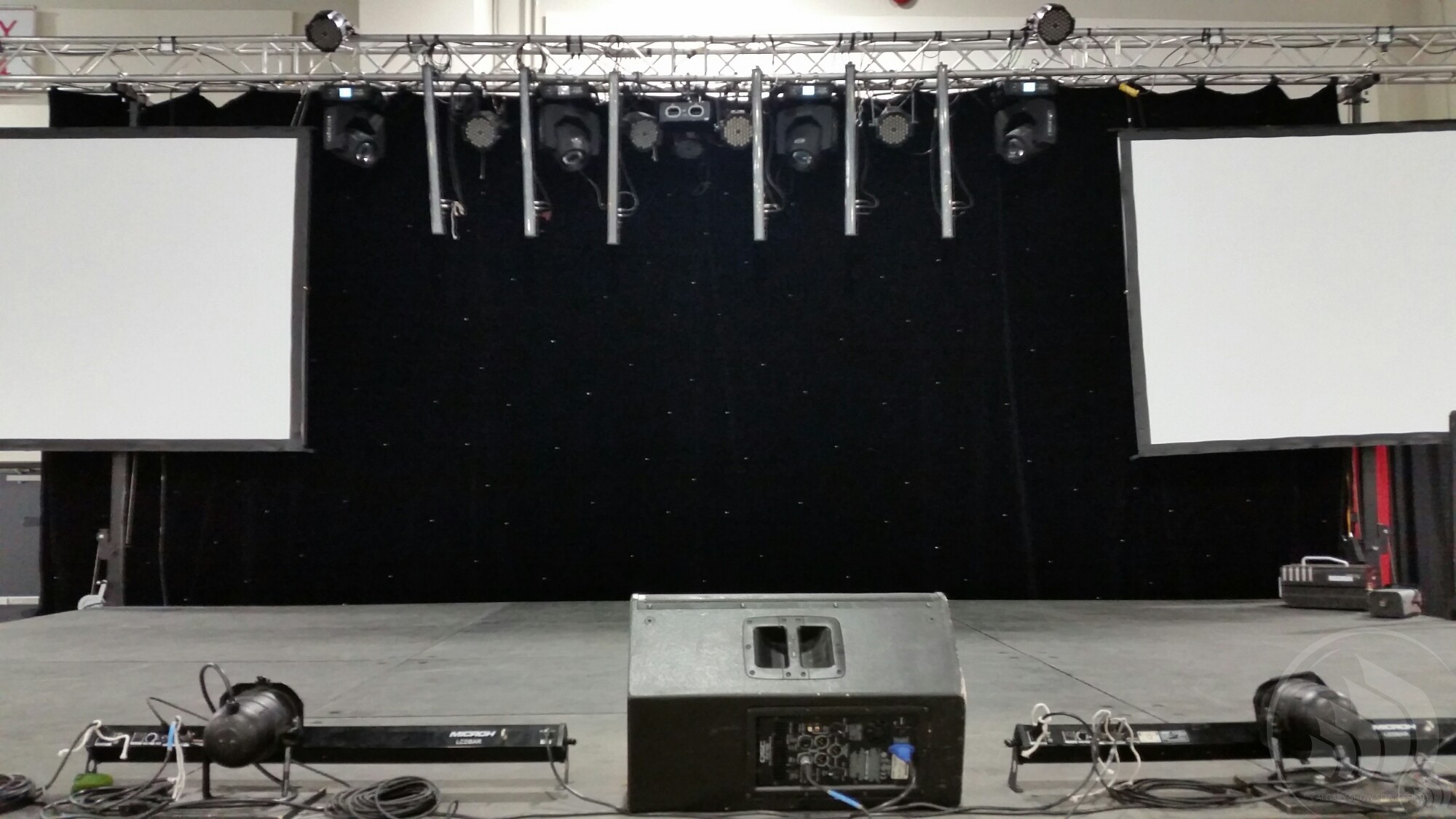 Pictured below is the master of ceremonies Terri who smoothly kept the itinerary rolling with witty jokes, crass statements, and killer wardrobe changes for four days straight! 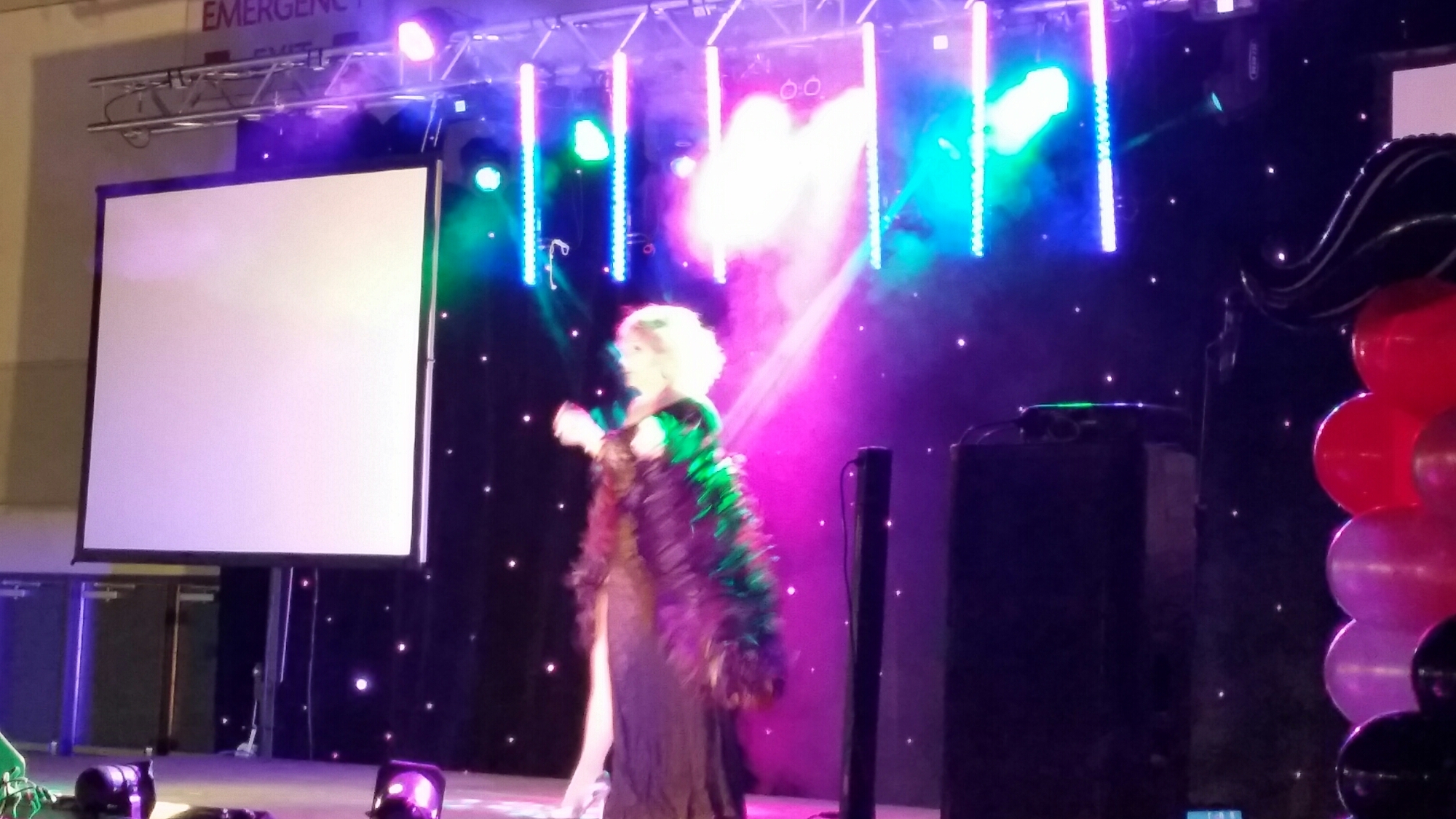 The experience was certainly eye-opening. I learnt a lot about the Microh LED Battens and how to work around their programming limitations which in turn flooded my mind with ideas on their use for one of our next events… Taboo Edmonton.