The Calgary Spoken Word Festival hosted the first Poetrology event on Friday and Saturday at Memorial Park Library, filling three floors with provocative soundscapes and tending to the evocative mood of each artist, while attendants explored the curious and intimate interplay between poets and poetry.

As more than twelve poets were present, we had to ensure that each poet had audio, visual, and lighting solutions for each of their “areas of interest,” as they were referred to by the event organizers. This type of open spacing allowed for those with tickets to interact with the words and areas of interest, in a free-form type of space.

Overall, we brought a dozen speakers, five spotlights with crank stands, subtle uplighting for area ambience, microphone stands for each artist, a projector screen and laptop, and cable solutions to meet the nuance for each room. 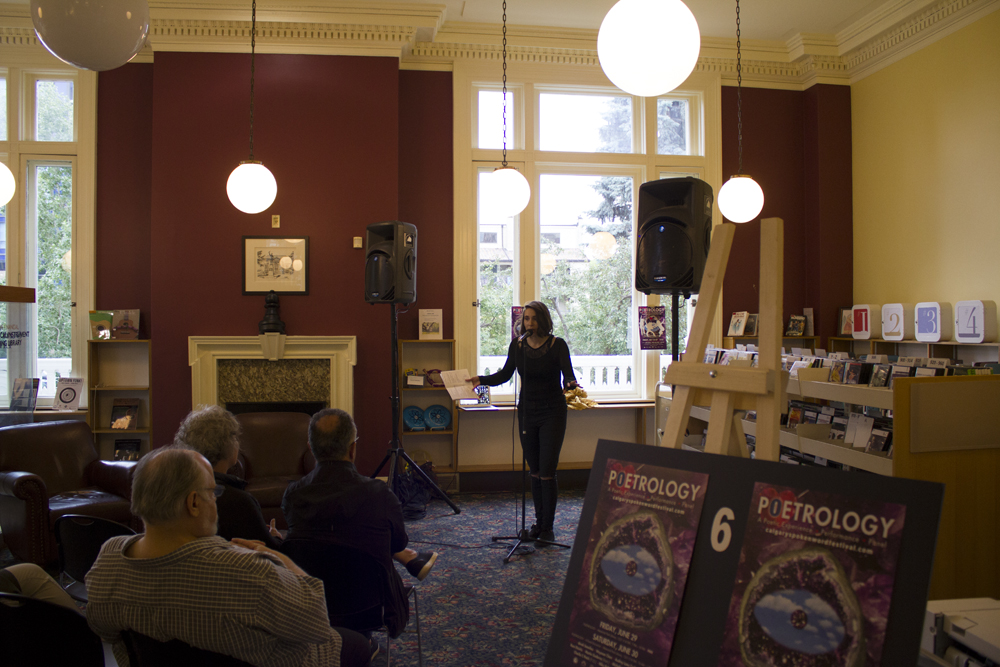 Working in powerful poetry over soundscapes, Audrey Lane Cockett very creatively used her own sounds to bolster her full live performance, and incorporated pre-recorded audio to dance over her own slam poetry. 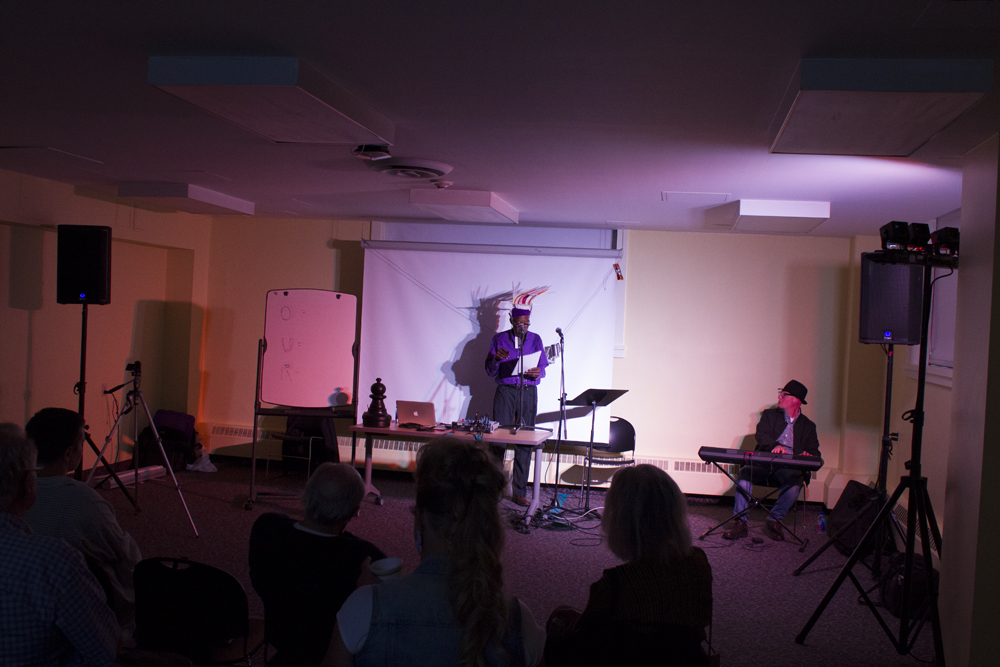 Malcolm Mooney worked the room into a deep poetic space, between jazz, avant-garde, and reflection. As a life-long artist, and the original lead singer for the Krautrock group, Can, Malcolm has always had a psychotropic effect on his audiences. 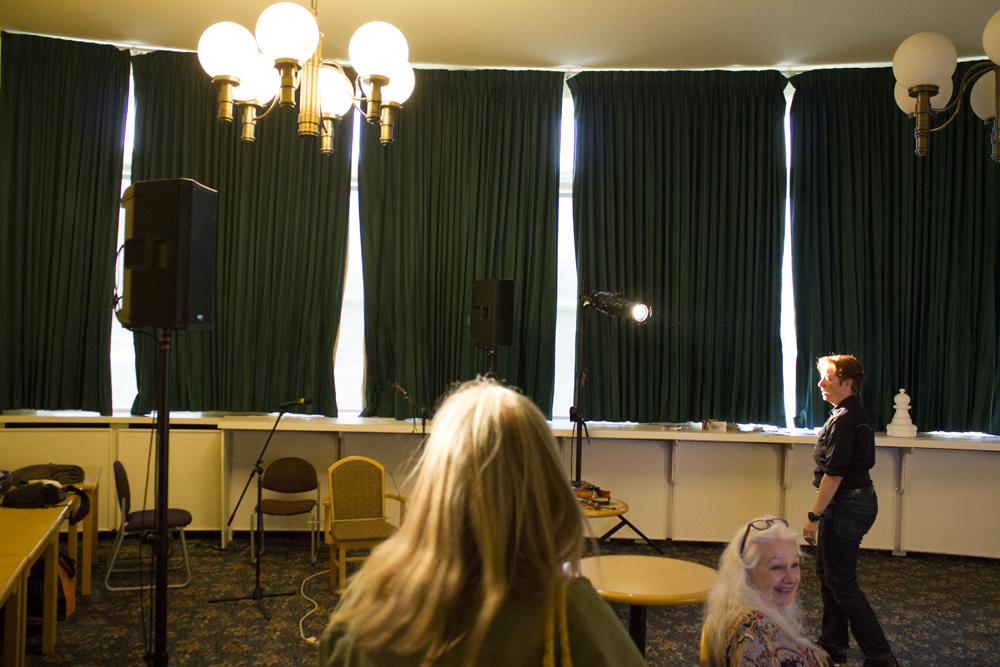 Charlie C Petch performed with a bowed saw, violin and voice, using a loop pedal and incorporate humour and drama into their music, all-together exploring stereotypes, alienation and gender. The pauses, drama, and artistry flowed, while Charlie poeticized the room’s lighting and effects.

Mike Roberts used spoken word as a forum to engage audiences with the daily prejudices faced by Indigenous people, despite attempts at assimilation, and those Indigenous people having to playing the same game as everyone around them, with different rules, regulations and judgements. 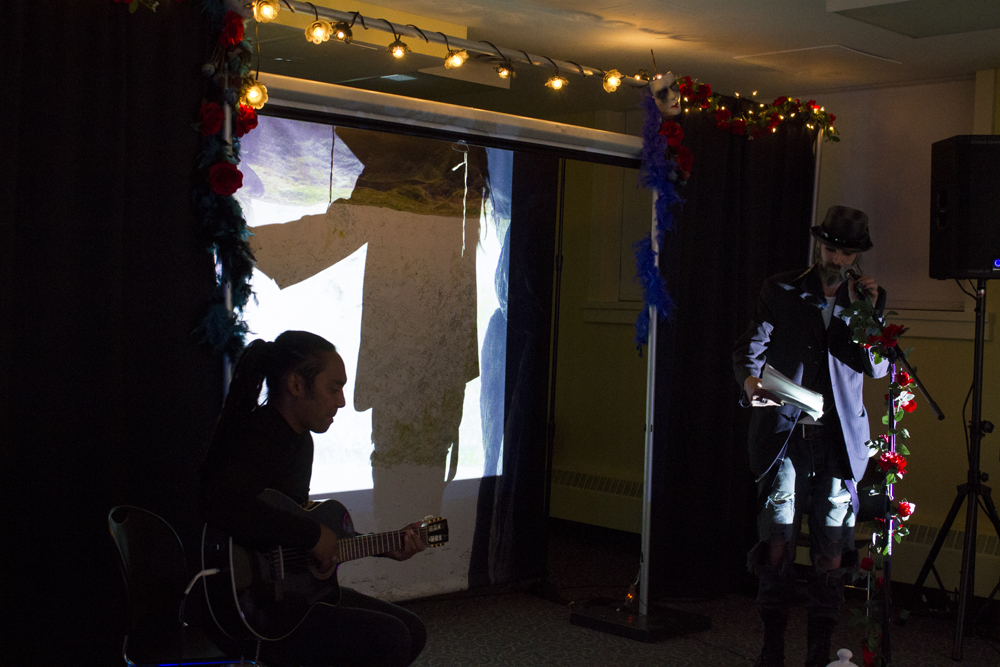 Xam Eitsirhc, the Snake Oil Poet, incorporated projectors, source audio, live guitar, and his own adventures to create a world, toying with the audiovisual elements.

In an unexpected emergency, we were asked to provide a computer at the last second, and were back in time to have the computer, with the right adapters, running the stream with seconds to spare before the event opened to the public. 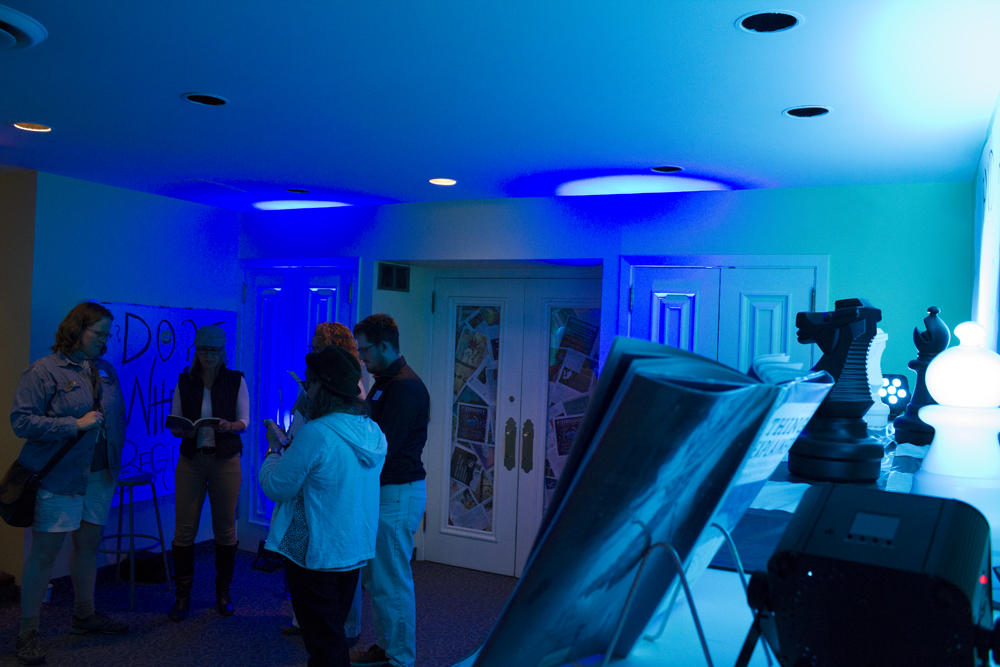 We provided uplighting in some areas around and down the stairs, as they were meant to evoke an underwater feel, while poets read in live spaces between them. 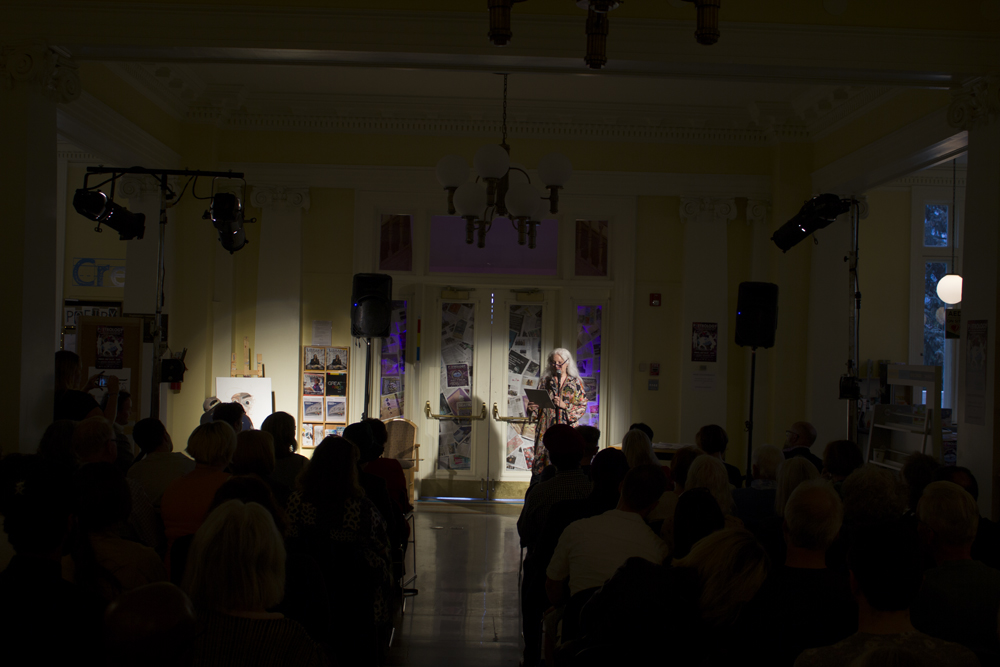 That is to say, if you feel like you missed out by not attending this Poetrology event, there are more planned in the future.