The gala included remarks from a former STS music instructor, Brian Uzick, as well as performances by the STS jazz band, current student Sam Barber (’20) and feature performances by the Aimee-Jo Benoit Jazz Quartet. Notably, AJ herself is a proud STS alumna (’97)!

We’re happy to say Calgary Show Services more than delivered on the technical requirements for the evening. 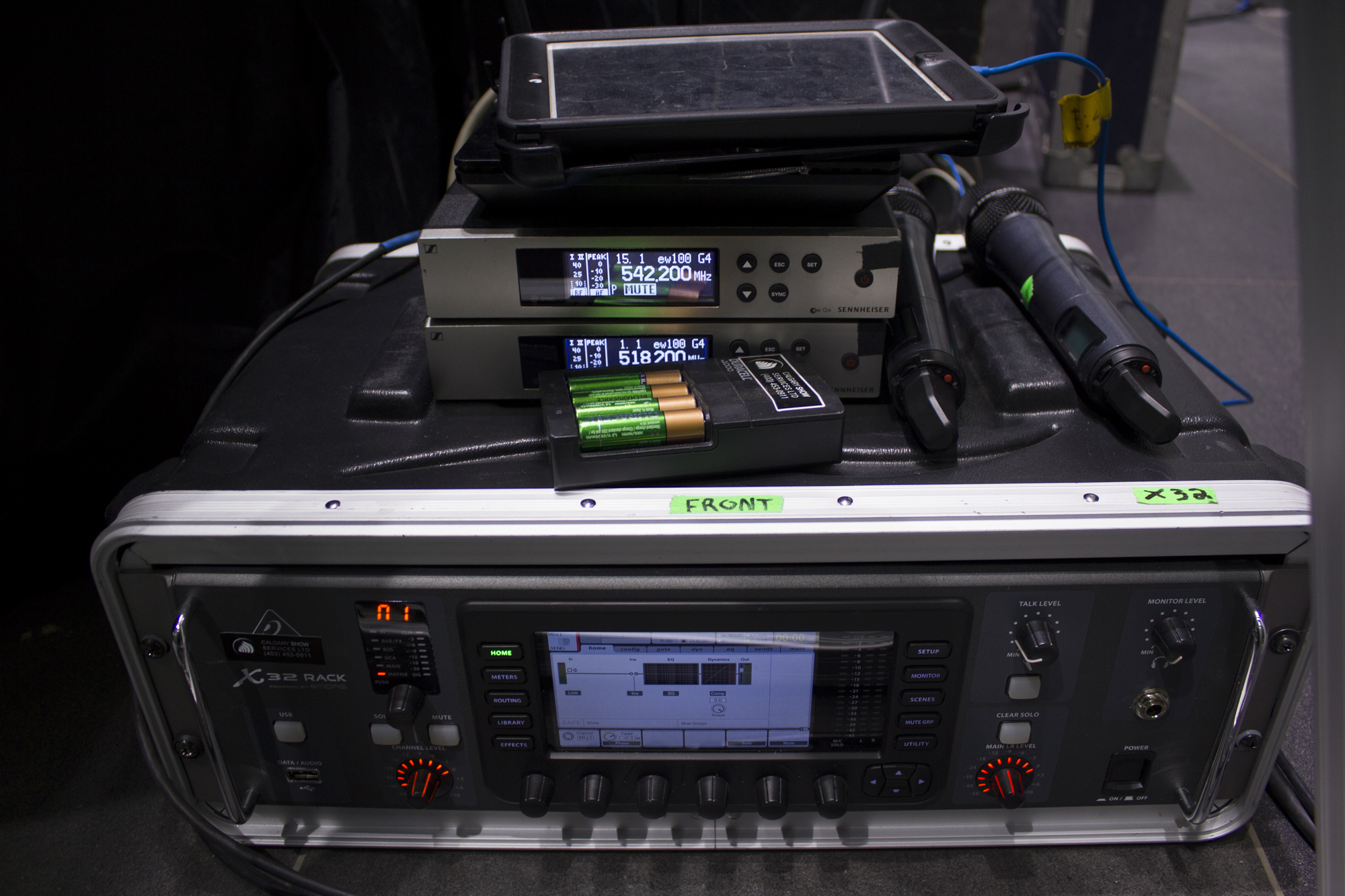 Audio
The emcee for the evening, Brian Uzick, introduced the evening’s festivities, and kept the audience captive for the draw!

More than a few coincidences happened this night! While Aimee-Jo Benoit graduated from STS, she is also husband to Kris Benoit — the owner of Calgary Show Services. 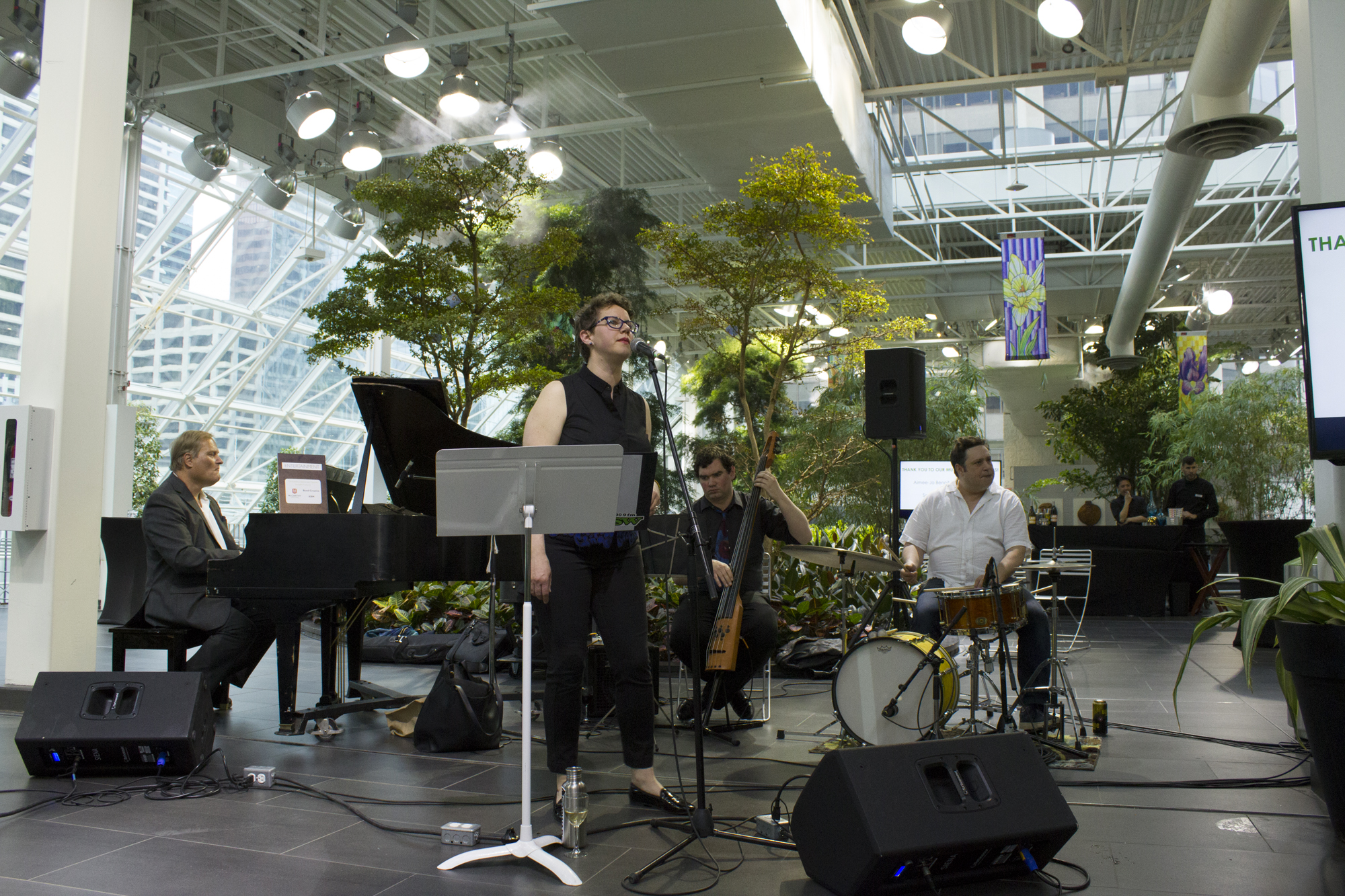 Unfortunately, Kris couldn’t make the show as he was setting up other simultaneous events that evening. So, the CSS crew surprised them both by recording and editing this music video! 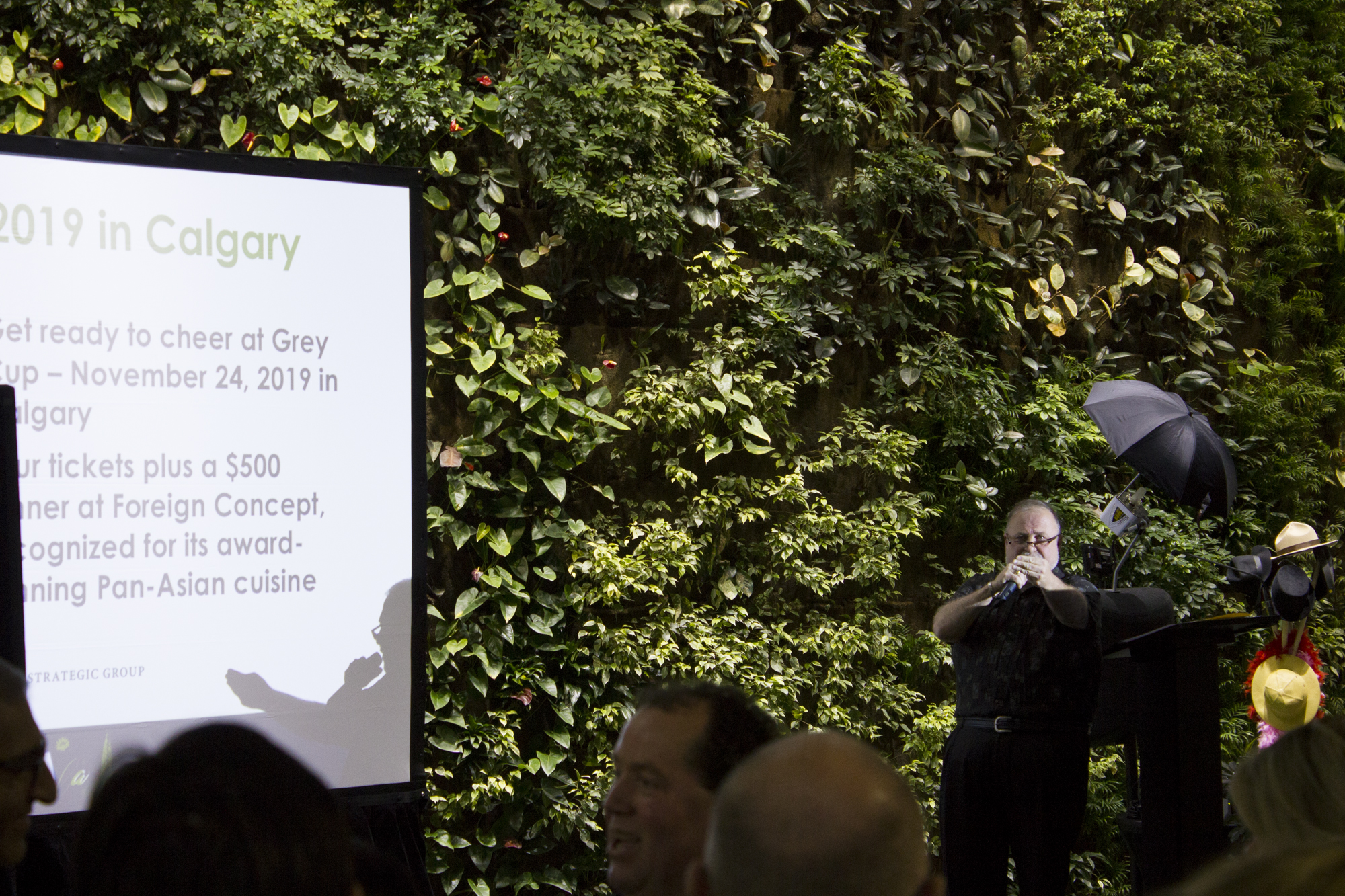 The evening called for three rolling powerpoint presentations, which were displayed on the main projector screen and both televisions. To ensure smooth transitions, we saved the main presentation slide as our computer desktop and mirrored the display. This way, we could switch between the presentations using the main computer without distracting the audience or presenter. 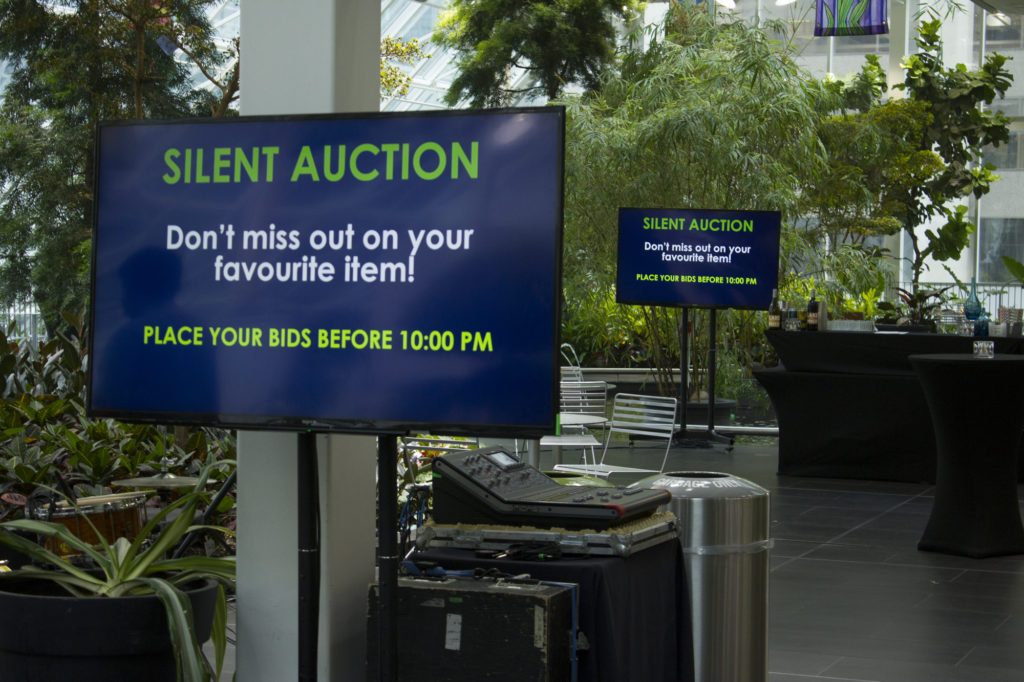 The auctioneer kept the audience lively toward the end of the evening. He showcased the items for auction using the projector and screen we set up, along with two televisions run down toward the other area.

Overall, the gala went over very well, we were able to keep the transitions seamless between powerpoint presentations through the projector, and kept the audio clean.

Have a listen to the music video above if you don’t believe us! 😉

You know it's sounding and looking good when the p

We have at least three PA systems for your non pro